What Causes Excess Sebum On the Scalp and Hair In Men

May men complain of the excess sebum that the gland puts out and how it can cause a lot of different and unique problems that it can cause. In many men having the excess scalp oils can lead to itching, flaking, waxy buildup, an even plugged hair follicles that can lead to diffuse thinning all over the scalp. The oils that are in the scalp are also part of what feeds the male hormone dht. It actually feeds the alpha reductase enzyme which converts testosterone to dht. Remember that dht is the #1 cause of hair loss in men and also can lead to scalp irritations etc. 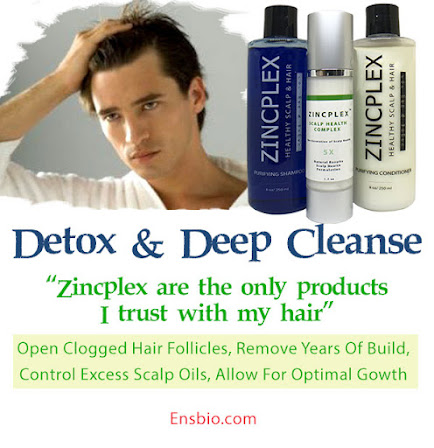 Does It Worse or Better As You Get Older

Typically it does not get worse in term of the amount of the sebum that the gland produces. However, the symptoms can if they are never handled. This is why it is best to detox the scalp. The sebum is necessary and you definitely want a healthy flow. However, if there is bacteria or too many of the dht hormones you will be feeding those and allowing them to spiral out of control and the result is many of the hair problems listed above. Probably the #1 oily scalp and hair problem that men complain of is dandruff and the 2nd is clogged hair follicles. Of course greasy hair in itself is not the way that you want your hair to look. Often times you see men with that shine on their scalp.

Can Shampoos Cause Greasy Hair

Yes, if you are using too harsh of a shampoo it will strip away the oils and this signals the sebaceous glands to produce more. We see this a lot in cheaper shampoos that use harsh surfactants. They literally strip everything. Remember that YOU DO WANT A CERTAIN AMOUNT OF SCALP OILS being produced on a regular basis. So using harsh cleansers on the face or scalp will almost always result in a signal to produce more oils.

Should I Use A Clarifying Shampoo

This has to be answered on a case by case basis depending on what ingredients are in a shampoo. You are much better of using an herbal shampoo without the harsh stripping agents and forget dimethicone. You never want that in a shampoo. Some of the so called " Best Clarifying Shampoos " for men are so harsh that they destroy the lipid barrier in the scalp and the result can take a very long to fix.

Does Greasy Hair Cause Itching, Flaking, Dandruff or Even Thinning Hair

There are a certain chain of events that do promote the above issues or problems. The trick is to remove all dirt debris, remove build up even hardened sebum on the scalp that be like rock candy. This must be removed otherwise it allows fungus ad bacteria to flourish inside the hair follicle and the problems occurs. This is similar to changing your air or fuel filter in your car. If you do not problems are starting and its just a question of how long it takes.

Instead of Clarifying Think Detox and Deep Cleanse Including the Root

If you have GREASY HAIR then this is the part that matters to you. There is one ingredient that has been proven in speific amounts to regulate the amount of sebum the scalp produces and it is ZincPCa.

Almost 25 years ago we started experimenting with this amazing mineral and also a specific complex of herbs that we found to melt away the build up around the hair follicles. This was a huge find for both men and women. When we combined that ZincPCa a product called Zincplex was formed and it turned out to be one of the best selling HEALTHY HAIR AND SCALP SHAMPOOS on the market. It was won numerous awards always getting better results that the big companies. It is not cheap to make but the results are phenomenal. If you want to handle your greasy hair and create the perfect environment for healthy hair then check out the #1 Detox and Deep Cleanse Shampoo for Men and see why we have repeat customers from almost 18 years ago.

Posted by Elizabeth Jane at 7:09 AM